Well ever since I moved to Baton Rouge i've had trouble in math,friends,teasing ect. but the worst thing about school was that every one called me stupid becuase I had ADD ( attention deficit disorder ) and that made me really ticked becuase it was bad enough that I had to leave all my old friends and now that I moved here the kids just make fun of me. ADD means its hard for me to sit still and concentrate ,the only way I can do that is if the teacher is right there with me or if i'm focusing on a video game. Just yesterday I was on the phone with Damiangurl and I told skc that she acts kind of wierd sometimes and then Damiangurl said that how can you say that she acts wierd when your the one with ADD. Sometimes I just want to cry and need to talk to some one who won't lecture me and just listen and also gives a few friendly suggestions. But I can never find a person who has gone through ridicule,and back stabbing, and Moving from place to place. First I lived in New Orleans where every one thought thats just the way I act and all love me. Then I lived in Los Angelas where no one knew me but My mom her ,closest friend, and her son and that was pretty o.k. Then I lived in Baton Rouge while no one new my dirty secret. Then I lived in Florida where they realized I had ADD. Then back to Baton Rouge and thats when my secret was found out and my life changed I was the only realy " abnormal " child in the class room. So now when I act to silly my parents threaten make me take my ADD medicine also called Stratera becuase they know it puts me to sleep. Well we have come to the end of this post if you want to know more than leave a comment, thanks.
Posted by Siren at 9:14 PM

hey dragon fire!! i came over here through the blog against disablism day!!!

I think it's really really cool that you blogged about your ADD..that took a lot of guts.

have you ever tried to see if there is ADD support groups for kids online? maybe you could start one if there isn't already a group? I run woman of color blog, and i know how much it has meant to me to find other women of color online--it's really lonely here in the midwest--there aren't a lot of chicanas around (i am chicana)...so the way i find some support from other women like me is through my blog. maybe you could do that too?

either way, you're obviously a strong tough little mama, and i am so proud of you for writing this post!!

stand strong, you got a whole crew of mama's at your back looking after you!!!

Sarah said...
This comment has been removed by a blog administrator.
4:51 PM

what the heck Sarah

First of all Skc I lived in florida over the summer and how the heck do you have the right to tell me what I did and did not do?! YOU DON'T KNOW ME.so unless you get your mind strait stop comming to my blog.

p.s brownfemipower is a good friend of mind.

p.s.s shes a better friend than you

dragon fire, i got yer back too, baby...you keep on fighting hard!!

I know this is an old post, so I hope you're reading the comments. Your mom pointed me over here and I wanted to say hi.

I didn't get diagnosed with ADD (and narcolepsy, which makes me fall asleep all the time) until I was in my late 30s. Hardly anybody was diagnosed with it when I was in school, especially not girls. Sometimes I think that it would have been better if I'd known about it and could have done something to feel better, but you've made me re-think that part of it. Everybody thought I was weird, yeah, but they didn't have a label to put on it to make fun of me with. They did make fun of me for falling asleep in class every day, though. And it made my teachers really mad.

I do remember, though, how relieved I was to find out that there really was something going on in my brain, and how happy I was to find a way to cope with it a little better.

You totally rock for posting this, and for your whole great awesome blog. 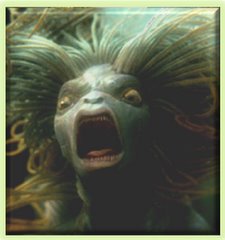